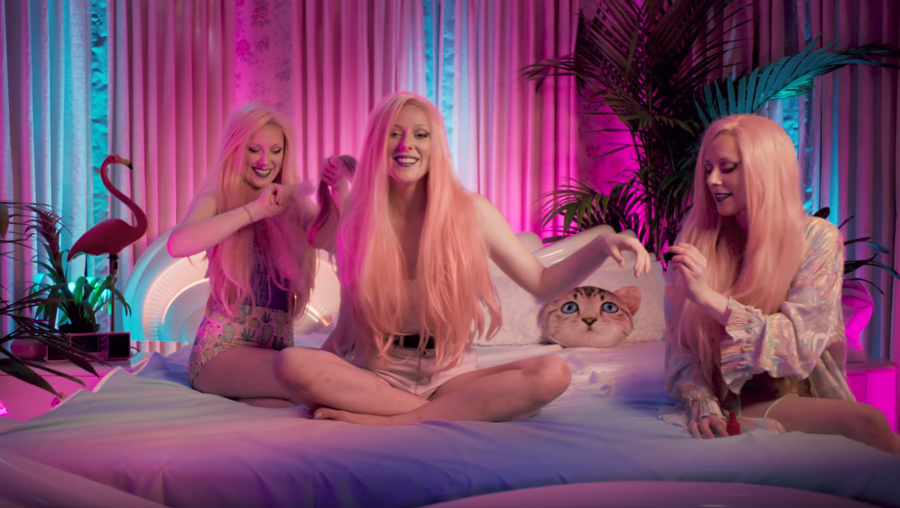 So I started this post as a Top 5 (of the non-kpop variety), but realized I had more than five albums and artists that I wanted to showcase. So in no particular order here are my favorite albums of 2017. I hope you find some new music to enjoy, and of course a video from each album is there for you to check out. Here’s to 2018 being another great year in music!

I happened upon this album randomly via browsing new releases on Spotify. I don’t listen to the radio, nor do I listen to online radio like Spotify stations or Pandora. So I kind of just browse to always find music to discover. I’m really glad I found this one. I love female R&B singers that can stand out from the norm. Aaliyah, Tinashe, and now SZA. Her voice immediately grabbed my attention.

Friends know I have kind of an obsession with the viral internet star Poppy has become, and so when she released her first album I had it on repeat for awhile. At first I was not sure how I felt, but the more I listened to the music and the lyrics it just clicks. She is pure sugary pop music, mixed with some Kyary Pamyu Pamyu, and a message thrown in if you look for it.

One of my most anticipated Kickstarter projects I backed. I’ve always been a fan of Kitty, and even got to see her in concert once. So after getting in the vinyl copy of her album as my Kickstarter reward, I relaxed for a night with a beer and just listened to it through and through. I love how her style has evolved over the years, and this album is her best music to date.

I absolutely loved Lana Del Rey’s first album, but I’ve been very mixed over a lot of her albums and music since. Lust For Life brought back that same enjoyment I had for her 1st album. I can listen to the entire album without skipping a single song. It just flows perfectly together and her voice gives me that music high I yearned for her to bring back.

I’m rarely satisfied with the current rap and hip hop scene, with De La Soul’s return last year being a god send. One constant for me though is Kendrick, and every single album has been top tier continuing to cement himself as reigning king of the hip hop game. DAMN. is no different.

Hey Violet – From The Outside

If Taylor Swift was the lead singer of a pop punk group, you’d get Hey Violet. I don’t mean this as a bad thing obviously, as this might be the one album this year I’ve listened to more than any other. They just have that sound that makes me want to keep hitting repeat.

Ruth B.’s voice just captivates me in a way no else did this year, even as much as I love Lana Del Ray and SZA. Her album doesn’t really take many risks, so it isn’t as varied in styles as others in my favorites this year, but damn he voice makes you not care.

Making my favorites two years in a row is Japanese Breakfast. This album is just relaxing from start to finish, and helps at work when I’m having a stressful day. I just hit play and let the music help wash the stress away.

Jennifer Chung – After All!

I remember listening to Jennifer Chung’s music back when I first found Spotify, but it had been a few years and I wasn’t following too closely with what she was up to. So when I saw her as a guest on Arden Cho’s channel and that she had a new album, I had to listen. And it is so good, so don’t sleep on her.

Favorite Track: I Know I Should Call Feat. Sam Ock