Who is Sati Kim? 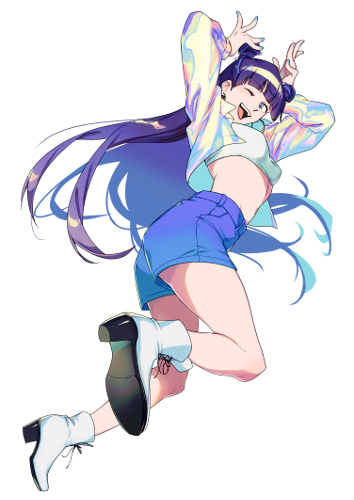 The website “mascot” is Sati Kim, a character I’ve created in many games over the past decade. Sati Kim came to be from a combination of a couple things I love. First is one of my favorite all time books by Christopher Pike, titled Sati. I used this name in a lot of games until I ran in to an MMO that would not let me use the name Sati by itself. So I brought in my love of Korean culture, and gave her the last name Kim. Sati Kim is in her mid-to-late 20s, and is of average height, with a slim build. She normally has purple hair with a pony tail or long hair, but in game sometimes her hair will be pink or black, if purple isn’t an option. She is a kind, charismatic character with a sense of humor, yet does have her moments of harshness when deemed necessary.

Her normal day job is as the lead bartender of G-Nitro’s Beer Garden, and she goes on various adventures on her off time (AKA all the games she is inserted in to). Her favorite down time activity is to be relaxing on the couch with music playing, a glass of alcohol, and a good book. When it comes to music she loves all genre, but K-Pop is by far her favorite. In games, Sati Kim is usually created with purple hair with a pony tail or straight long hair, depending on how I’m feeling during the creation stage. Sometimes her hair will be pink or black instead if purple isn’t an option. She tends to be of average height, with a slim build.

My good friend Shannon, AKA PerfectSerenad3, brought her to life and she has continued to evolve her. I owe her a great deal of gratitude for the visual journey of Sati Kim. She has come a long way from just a create a character screen in video games. Since her initial creation, I’ve been able to commission other amazing artists to help me showcase Sati Kim in various ways from Playlist album art, Twitch/Discord emotes, and even the banner of this website. You will see her a lot on my social media, this website, Twitch, and other places as more creations of her are created.  I look forward to her continued evolution, and how I can utilize her. Below are various commissions of Sati Kim by Shannon and others, as well as what she looks like in various games I’ve created her in. 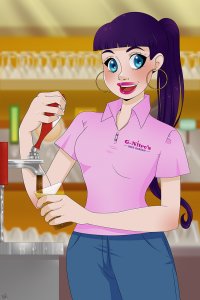 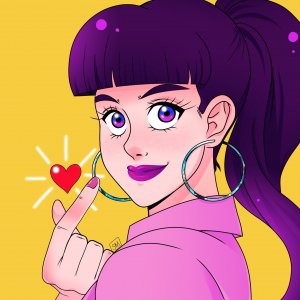 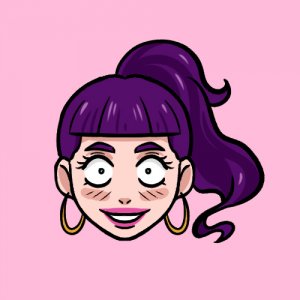 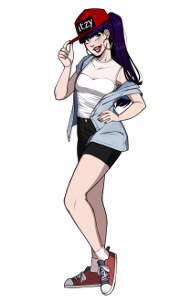 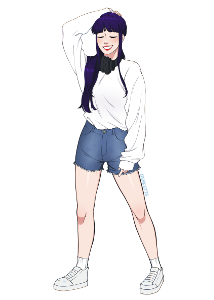 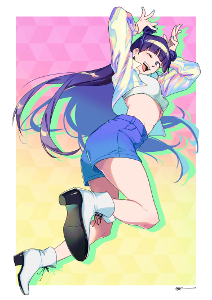 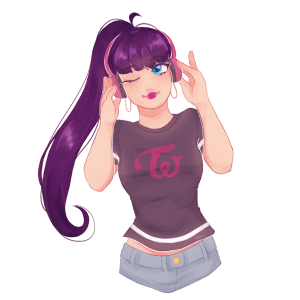 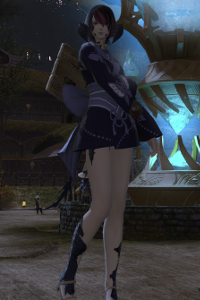 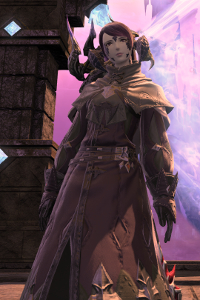 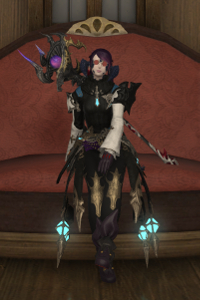 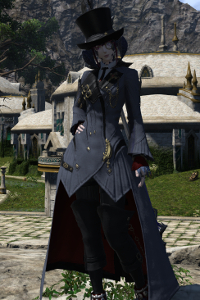 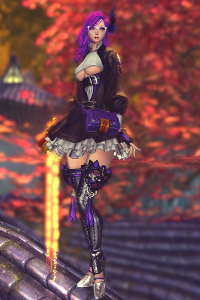 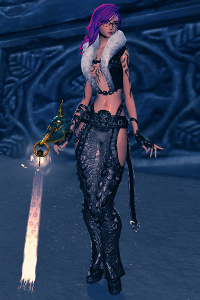 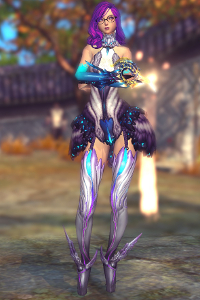 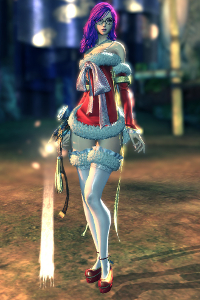 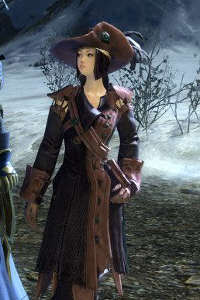 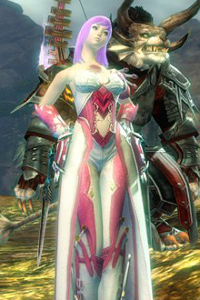 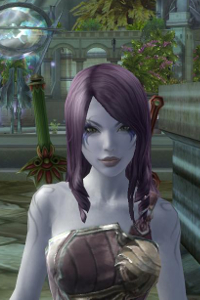 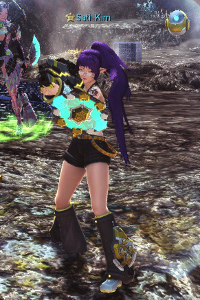