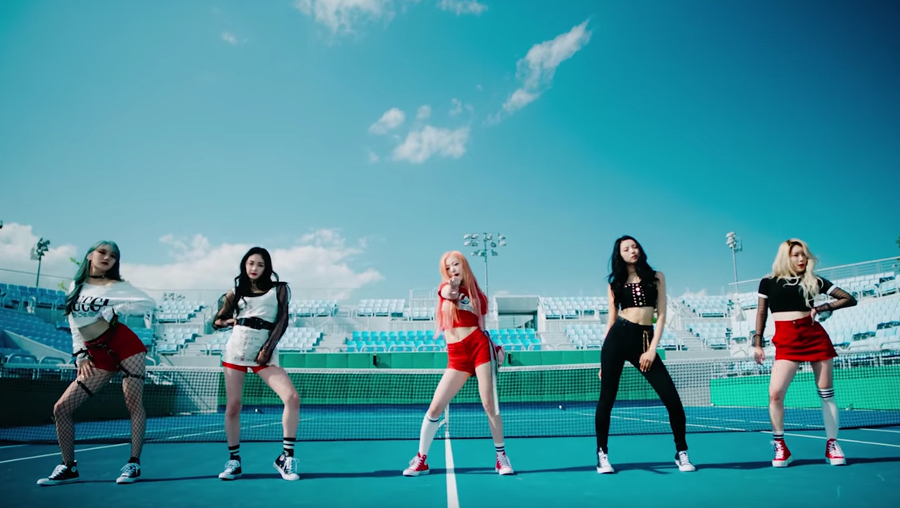 I bring to you 42 new music videos this week. We have two sub-units this week in PRISTIN V and WJMK. PRISTIN V’s song is amazing, while WJMK is cute, but not as good as I hoped. Two other girl groups made comebacks this week with less than stellar songs. AOA’s new song is just grating on the ears in my opinion, while LOONA/yyxy just seems to build towards something, but never quite gets there. I also have to mention Rothy is back with another song showcasing her lovely voice!  Some of the lesser known artists to check out this week include HAEBI, LoveSong, luya, and South Club.

PRISTIN V “Get It”

MARMELLO “The Moment Of Glory”

Leo, Sejeong “We, The Reds”

Rockit Girl “We Are Korea”

Punch “End of the Night”