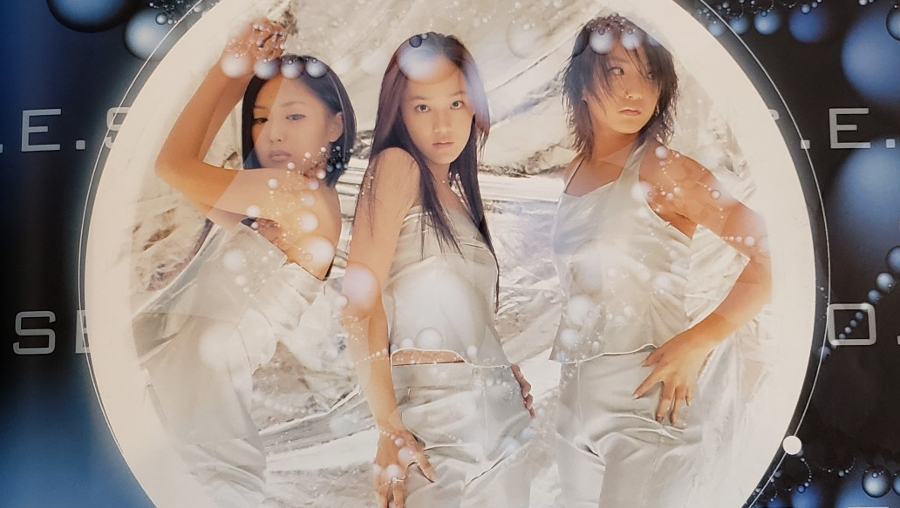 Every week I bring you the latest and greatest in K-Pop music that you should be checking out, but now I’d like to turn this clock back and focus on showcasing K-Pop talent from the past. I will not be doing a super in depth piece, but instead focusing on the music. For some artists with extensive catalogs, I will be highlighting the best releases from each album, and sometimes even bringing you pictures of items from my collection. Things like posters, art books, concert pictures and more if I might have them. I will also be doing compilations for those artists that may have had only one or two hit songs every so often, as to not miss those that had some great hits but never gained traction.

So to kick off this inaugural post, I decided to put my focus on of the most important girl groups of all time, S.E.S. They were what got me in to K-Pop back in 1999, and I fell in love with the K-Pop scene. So I will be looking at their discography and highlighting their best singles from each and quick notes. I have also included some images of some items I own at the end, and concert pictures from the time I saw Eugene in 2003. I hope you all enjoy this and I look forward to bringing you more in the future.

S.E.S’ debut album, and they set the standard of what to expect from the new sound of K-Pop in terms of girl groups. The two singles from this album are “I’m Your Girl” and “Oh, My Love”. Other standout tracks on the album are “Friend”, “Rock’n Nara”, and “그대의 향기”.

With their second album, S.E.S brought out their lead single “Dreams Come True”, which was a cover of Nylon Beat’s (Finnish group) “Like A Fool”. Two other singles from that album were “Shy Boy”, and “I Love You”. Other stand out tracks include “비가”, “Kiss”, and “Eternal Love” (another Nylon Beat cover)”.

S.E.S’ first Japanese album, which featured the singles “Fate World”, “Just In Love”, and “In The Name of Love”. The interesting thing about the Japanese albums, is the fact that Shoo is fluent in Japanese and really shined best on these tracks. Other standout tracks on the album are for me personally the solo songs by each member. Getting to hear them do their own things is really awesome.

S.E.S’ third album is a strange one for non-Korean speakers, as it features 23 tracks. Yet over half of these tracks are just talking segments, so there are actually only 12 songs on the album. The singles are “Love” (which introduced me to K-Pop) and “Twilight Zone”. Other stand out tracks are pretty much every song on this album. This album was just fantastic music wise, and I can’t recommend it enough.

S.E.S’ second Japanese album was an exception for me, outside of BoA’s music in Japan, that I truly felt a Korean act pulled off the transition to the Japanese language. This album is great and highly recommended, with the lead singles being “Love” (Japanese version of their Korean hit), and “Aurora”. Other stand out songs include “Brand New World”, and Eugene’s solo track of “W/O/U”.

S.E.S fourth Korean album was a more mature sound overall in my opinion. Easily my second favorite album behind Love. The lead singles for this one are “Show Me Your Love” and “Be Natural” (recently covered by Red Velvet). A lot of stand out tracks on this one, including “I Will…”, “Beautiful Life”, “Wish”, and “Tiny Little Things”.

Surprise was considered a special album or a .5 release in most Korean artists’ discographies. So this was labeled as S.E.S 4.5. It was a collection of their Japanese songs rerecorded in Korean. It’s worth checking out as some of the songs translated well back over in to Korean.

S.E.S’ fifth and final album that featured the singles of “Just A Feeling” and “U”. This was a good final album, but didn’t have the impact on me as their previous four. Other standout tracks include “친구-두번째 이야기”, “Choose My Life”, and “Someone To Feel”.

S.E.S’ second special album, or 5.5 as it is know. This was a greatest hits type album, but honestly it never felt like one. It had some remixes, but lacked a lot of earlier stuff. The only original song was “S.II.S (Soul to Soul)”.

In 2017, S.E.S came back together for a special 20th anniversary album that featured a special promotion song of “Love [Story]” that was a new version of “Love” from their third album of the same name. The two main singles from the album were “Remember” and “Paradise”.

Bada’s first solo album that featured the title track of Music. A really solid debut for her. Other stand out tracks are “A Day of Renew”, “Somehow Somewhere”, “그래볼게..”

A decent follow up for her second album. It featured the beautiful single, “Aurora”, as well as the more upbeat “Eyes”. Overall I didn’t enjoy this album as much as her first and third. Other standout tracks include “Into You”, “Dreaming”.

This is my favorite album of Bada’s. It featured a cover of Japanese song, “Find The Way”, and my favorite Bada song, “V.I.P.” Other standout tracks are “Diary”, “Destiny”, and “Forever Love”.

Bada’s fourth album after a four year break. It featured the lead single “MAD” featuring Untouchable, and was a decent song in my opinion. The standout track on this one is “I…” which is a duet with Eugene.

7 years since her last release, Bada brings us Flower EP, with a lead single of the same name. It featured rapper Kanto. It shows that Bada can still make really good music, and leaves me hoping she keeps bringing out more in the future.

Eugene’s first album was really well done production wise and really captured her in a great way. It had two singles of two different styles. The first was a ballad, titled “The Best, and the second was the dance track, “Cha Cha”. I got to see her perform these at a concert in 2003. Other standout tracks are “You & I”, “Bad Boy”, and “Regret”.

Eugene’s second album wasn’t bad, but it didn’t really stick with me as much as her first. The lead single “Windy” was a fun upbeat track. Other standout tracks are “늦은 사랑”, and “My Dream”.

Shoo really didn’t do much music wise after S.E.S outside of a few appearances on SM compilations. She did release one single in 2010 called “Devote One’s Love”. It’s a cute song, but never really stands out compared to Bada and Eugene’s solo songs.

G-Nitro’s S.E.S Collection – So this isn’t everything I own by S.E.S, but it features some posters, photo books, Eugene in concert, and more. I own a couple VHS tapes that they released, but can’t find the box they are in.